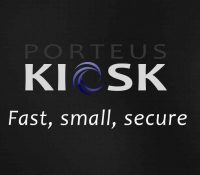 I quickly downloaded the latest ISO (4.7.0 at the time of writing) and installed it to a flash drive, booted it up on the kiosk to test out and right away noticed some issues that I’d need to fix. The issues were that the system didn’t have a virtual keyboard, like it wasn’t primarily targeted for touch info kiosks (but PK supports most touch devices out-of-the-box) and also in my case, Elo touch screen doesn’t support multi-touch (for scrolling for ex.) and so you’d need to drag the scrollbar, but Firefox scrollbar for that Linux version is very thin and were out of touch bounds, therefore most pages couldn’t be scrolled down the traditional way. I had to find solutions to these.

There are solutions scatted around, but the first URL had me started on the right path. It’s a good writeup, but lacks some details that are essential and I spent like 3 days trying various things to make these work… it’s like posting a recipe without telling ingredient proportions :P and so the purpose of this blog post is to make life easier for other people and future me when I need to do this again for some reason.

So I had two problems with a stock “Porteus Kiosk” – it has no virtual keyboard, and touching a scrollbar is impossibru. Solutions to both problems were the essentially the same, since everything is done in a browser (Firefox or Chrome chosen upon installation and I chose Firefox).

Solution to lack of virtual keyboard is to install a Firefox add-on “FxKeyboard“, but I chose to install v3.0.0 (which I also uploaded here in case it goes missing). This plugin isn’t compatible with the latest and greatest of Firefox, only up to 57 I think, but “Porteus Kiosk 4.7.0” has a Firefox version of 52.8.1, so we’re good.
I chose that version because it has a nicer look and most importantly it can be resized, among other things.

And a solution to being unable to scroll websites is to install a Firefox add-on “ScrollAnywhere” which is a v6.0 at the moment (and I also uploaded it here in case something breaks in new versions).

The whole process of installing Firefox add-ons to PK isn’t as straightforward but it isn’t very complicated either and essentially it’s just this:

For the whole modification process I used “Ubuntu 14.04.5” in a VirtualBox but any somewhat newer version will be ok. Add-on “ScrollAnywhere” only supports Firefox 52 and above – and that’s the version PK 4.7.0 has, but my version of Ubuntu doesn’t, so I downloaded version 52.8.1 from Mozilla FTP archive.
List below assumes that you’ve done sudo apt-get install squashfs-tools and that the commands are working.

Huge thanks for this write-up. Found the same posts that you did and did not find them very helpful in getting this working.

Curious if you ran into an issue I’m having, when installing fxkeyboard, Firefox tells me the extension is corrupt and can’t install. Same with your backed up version.

Possibly to do with how I am running firefox, which is direct from the extracted folder from the archive site, maybe screwing with the locally installed version. Any tips on how you actually ran the old Firefox version?

That’s how you should be running Firefox, if I remember correct, and it’ll create a profile folder in your home dir.
It might be that you’re somehow copying the add-on wrong.
Also try to remove the installed Firefox and delete any left profiles before running Firefox from the archive.

Also what system do you use?

Thanks for your reply, got there now. It appears that the downloaded firefox was updating itself, causing much confusion. Also figured a setting had to be changed in “about:config” to allow the two add-ons to be installed without certificates. Also ended up running firefox from “/usr/lib”, which seemed to help

Dump of my notes below, hope useful to a future viewer! Sorry for the numbering, Google Docs does not export to txt nicely

Thanks again for your guide, huge help getting this working!

After running FF and installing extensions, navigate to “~/.mozilla/firefox/[insert profile folder here]” as before. Copy folder “extensions” and files “addons.json” and “extensions.json”. Others don’t exist.

Thanks for the help guys. This worked much better than Chrome extensions.

Great article on getting the addons working, worked easily for me.
A small issue, the scrollanywhere add-on defaults to middle click for scrolling, how did you get around with it a touch screen as my touch screen treats touch events as left click.

Any help would be highly appreciated.

In my case it just worked, I didn’t need to change anything.
But looking at ScrollAnywhere add-on page, it says:
“Middle / Right / Left mouse buttons are supported, see the Options page”

I don’t remember if that feature was there when I wrote this article, but you might want try and install the latest version and see if the Options.

Tell me if you’ll solve this issue :)

Thanks for the reply Kul.

I contacted the developer (fastaddons.com) for some insight, he guided me to use “managed storage” (https://developer.mozilla.org/en-US/docs/Mozilla/Add-ons/WebExtensions/Native_manifests#Manifest_location) so that the add-on uses the settings we define. But, it needs I think extensive modification to the extension itself. So I gave up on that.

Well, have you tried to change options for mouse clicks? other than that I have no other ideas :/

I tried all I could (mouse clicks and all) but again it didn’t work.
In the end, I tried Google Chrome as the browser in the kiosk and viola! touch scrolling works out of the box, no extensions or modifications needed at all. Yeah crazy but stupid easy. However, I still had to add the keyboard extension which again is pretty straight forward when compared to the firefox process.
No unsquashing required just need the extensions added in the browser_preferences file.