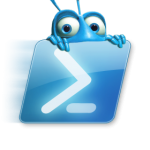 Part of our employee synchronization from employee database to our AD is setting an out-of-office message in Office365 when the user gets disabled (to send a notice that the user no longer works here to whoever sends that person an email), and removing the message when that same person comes back to work. For this, I made a powershell script (damn, I love powershell) that lists all disabled users in our AD and goes through everyone checking if it has a message set up, if not then it sets one.

Script can be found here, in my projects folder.

In our AD we have many users, all of them are unified in one general mailgroup “visi”. One day I was tasked to split users into english and lithuanian groups, so that emails in my language wouldn’t bother those who can’t read them :P
It was easy with my newly acquired Powershell skill, and we were dividing people into groups by their departments, so I knew the english speaking departments, all I had to do was list out all the people and add them to “visilt” and “visien” groups according by their departments.
END_OF_DOCUMENT_TOKEN_TO_BE_REPLACED