Archive for In English

I quickly downloaded the latest ISO (4.7.0 at the time of writing) and installed it to a flash drive, booted it up on the kiosk to test out and right away noticed some issues that I’d need to fix. The issues were that the system didn’t have a virtual keyboard, like it wasn’t primarily targeted for touch info kiosks (but PK supports most touch devices out-of-the-box) and also in my case, Elo touch screen doesn’t support multi-touch (for scrolling for ex.) and so you’d need to drag the scrollbar, but Firefox scrollbar for that Linux version is very thin and were out of touch bounds, therefore most pages couldn’t be scrolled down the traditional way. I had to find solutions to these.
END_OF_DOCUMENT_TOKEN_TO_BE_REPLACED

Oh hello again… man, lately I have no time to keep my blog updated, but I’m glad I can write a post occasionally at least.
This time I’d like to write about how I do backups and a way I automated half of it. It might not be the most efficient way or “the right way”, but as with anything – it works for me, so shut up! :P (j/k, you can bitch in the comments).
Anyway, I have several places to grab backups from and one place to store them – I don’t use mainstream cloud services (maybe I should…?), instead I store those onto my external drive. Google drive gives free 15GB to store stuff, in the future I might use that instead of my external, but the place doesn’t matter, it’s HOW I store those backups that matters.
END_OF_DOCUMENT_TOKEN_TO_BE_REPLACED

Last year I bought RaspberryPI Model B at my local electronics store. As for most people, my goal was to have a miniature home server for various things, most of all a local cloud storage and a media server. I learned a great deal doing this and the RPI is very much capable of doing it all with memory to spare, despite what people were saying that it’s too slow and stuff.
Of course, if it’s just a cloud you want and don’t trust Dropbox, then a VPS is probably better (not necessarily cheaper though), but in my case I needed more than that, because I have some things like TVs, sat box and other stuff connected and so a VPS didn’t suffice.
In a nutshell, my RPI has heatsinks on it, is put in an acrylic case with a compatible 6v fan. The RPI is running Raspbian for an OS, MiniDLNA for media streaming, Seafile for a cloud, Samba for network drives, Transmission for the seedbox. I’ll talk about each of these and why I chose them.
END_OF_DOCUMENT_TOKEN_TO_BE_REPLACED

There is a huge problem with HP Laserjet (and probably many others) MFP’s when installing full-solution packages on a computer which is newer than the MFP and when they need to communicate through the network. At work we have many HP Laserjet 3090 and 2727 series printers that are able to scan. Normally if you simply add the printer, the computer is able to print without a problem every time. But to make that thing scan – you need to install the full-solution package, which is old and deprecated. Installing such packages on x64 machines doesn’t work, setup is b0rked. Installing it on Win7 doesn’t always work, for unknown reasons the printer can’t be found by the address or hostname or anything.
But enough about that. Another major problem is what to do when the IP of a printer changes and it doesn’t scan anymore. Don’t bother reinstalling the full-solution, it won’t work. So after LOTS of googling, I finally found the solution.
END_OF_DOCUMENT_TOKEN_TO_BE_REPLACED

Just recently I finished reading a book titled “The humane interface” by Jef Raskin. I have this book in paper and it was a nice read. For someone that has been programming for a few years it was refreshing… in my time I had to design good looking, functional and understandable interfaces. I thought about writing an in-depth article about my experiences, tips and tricks with some guidelines, but the book proved to summarize pretty much everything I wanted to write. Therefore I will quote some key points, add my thoughts about it, write about how I feel interfaces could be designed. Though keep in mind I’m not professional designer here, and programmers shouldn’t do interface design :P
END_OF_DOCUMENT_TOKEN_TO_BE_REPLACED

One of the weirder things to do is resetting the lamp timer when you change the lamp. After about 1500 hours the projector shows this annoying warning to replace the lamp, however the time does not reset when you replace that lamp with a new one, and resetting the lamp time is a public secret (not written in manuals or settings and such). So I found this website where it has instructions to reset it for a lot of projectors, at least the instructions work for Toshiba one.

Now if you like to have a reference, you might find this image helpful. It’s a screenshot of those instructions :)

Looks straight forward, right? hell no.
I wasted 2 hours yesterday trying to understand dafuq is wrong. My situation was like this: there is an old printer, connected to a windows7 32 bit system and shared. I had to connect a laptop with a 64bit system to use that printer. The laptop could ping the other computer, it could see the printer and everything else, but it just could not connect to the printer. It would show the error code 0x00000214.
END_OF_DOCUMENT_TOKEN_TO_BE_REPLACED

Greetings all. After a long wait I might finally finish this article. I’ll try to keep it as an article, not a walkthrough because I hate that shit. I don’t do this full time and only very rarely, so it won’t be an advanced article :)
There are many “tutorials” written just about this, but hopefully mine will be a bit different :)
If you have suggestions, what to add, what to cover, maybe I missed or left something out, please tell me.
END_OF_DOCUMENT_TOKEN_TO_BE_REPLACED

Three ways to send data over bluetooth with android 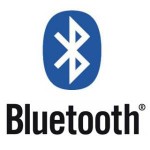 My recent app that I am developing involves bluetooth and I had to do quite some research about the whole thing and the android API. I had to do lots of searching, but in the end it was ok.
Anyway, while I was searching I had to scrape bits and pieces from every corner of the internet and put them together, so I decided I’ll make one general post about ways to send data over bluetooth in android. I’ll explain everything as we go.
END_OF_DOCUMENT_TOKEN_TO_BE_REPLACED

Downloading someone elses images from Photobucket 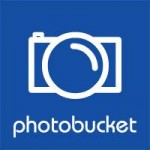 UPDATE: there has been an update for the tool and it is now completely automated, Refer to the post here: http://9v.lt/blog/update-photobucket-ripper/

Greetings.
Another blog post after such a long time. This time about how to download images from photobucket, not owned by you. Because if you own the images, you can download all of them in a package from the control panel and whatnot.
But what if you don’t own them? Well I guess you can open and download them one by one, but what if you have 1000+?
END_OF_DOCUMENT_TOKEN_TO_BE_REPLACED