Some guy at work decided to change our Facebook group name and effectively remove the old Facebook group link. We used that old link for all of our employee email signatures and of course it all got b0rked. Only way to deal with this was to write a quick VBS script and put it into a GPO Logon. It seemed to fix it, day was saved!
Script can be found here: http://9v.lt/projects/other/change_signature.vbs
END_OF_DOCUMENT_TOKEN_TO_BE_REPLACED

Another VBScript I produced, this time it’s to change the wallpaper. Well, we have a lot of computers used in classes and we decided it’s enough already to show off that shitty Windows background and replace it with our own wallpaper. Group Policy wasn’t much help – it allowed to change the wallpaper, however it would change for everyone, all the time and wouldn’t let people to change it back – what the hell Microsoft? Because of this I made a workaround – a VBScript to change the wallpaper but only once and let people change it back. Put this into the domain’s logoff script and done. In the morning they’ll have a fresh desktop :D
It works very simply – reads a custom registry key which contains 1 if the script has ran already and if it exists and data is valid (1 for true) the script exits. Otherwise it proceeds to download a wallpaper (has to be in BMP format, otherwise WinXP will not understand wtf you are giving it), sets it as a background, makes it stretch and if everything went fine, writes that control registry key so it knows that it has done shit before on this computer.
That’s basically it, very simple. Can be downloaded from here and of course the code for quick review is below.
END_OF_DOCUMENT_TOKEN_TO_BE_REPLACED

At work we had to change the homepage of all browsers for students for convenience reasons and so I wrote this VBScript, which is my first ever, so it could be made better maybe, but it works great – I seem to fall in love with it :D . I only wrote the script to change Firefox, Chrome and InternetExploder settings, because only those browsers are available on computers accessible to students.
The script was put in the Logon script of our Domain to run every time a user logs in.
Whole script can be downloaded from here and I’m posting the code for quick review :)
END_OF_DOCUMENT_TOKEN_TO_BE_REPLACED 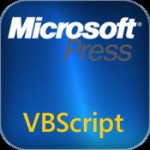 Though it’s not VB / Net, it’s more a simpler version of VB. It is pretty handy if you want to start with something…