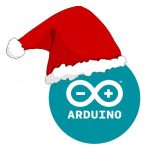 Greetings. Christmas is coming and at work we often make something funny/interesting for this period of the year. About last year you can read in a previous post here, although it wasn’t all that interesting.

This year we decided to make some kind of an interactive thing and use the arduinos that we had laying around. So the idea was like this: To make a box that had a camera and 2 push-buttons. One button would play some kinda Christmas music, another button would take a picture through the camera and upload it to our website, where we could display them all.
END_OF_DOCUMENT_TOKEN_TO_BE_REPLACED

Yeah, it’s a bit late to post about it now… but end of 2016 is coming, and we have some new awesome things planned how we’ll decorate the office, so this post is to remember how we had decorated last year.
Nothing too fancy, we only did it at the last moment, but everyone liked the result.
We broke out some keyboards, glued their keys to a motherboard and some graphics cards. Found a lot of DDR rams and chained them up into a garland. Some PS2 mouses were painted red and hanged on the office lights.
The best thing was hanged on our door – a wreath made of DDR ram, LED strip, an Arduino motion sensor and a Piezzo buzzer.
The motion sensor would detect whenever someone was walking past our door and trigger an Arduino to play one of the two programmed Christmas melodies through the buzzer. To connect everything we used an ethernet cable. It was fun and simple.
END_OF_DOCUMENT_TOKEN_TO_BE_REPLACED