Custom hard-case for an airsoft gun 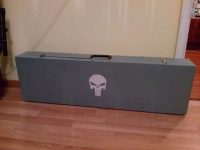 Recently I started playing airsoft, I came across it when a friend asked me if I wanted to try it and the game he wanted to go to had a cool backstory. At the start I was skeptical about this pseudo-war, role-playing soldiers and stuff with fake guns but cool looking gear. After a few games with rented equipment, and the first game’s first half hour being somehow awkward until I encountered an enemy and got some bb’s shot in my leg that hurt, after that I started to like it a lot. Now I’m playing it every weekend with my own gear and an AK-47 imitation.

The gun that I bought came in a cardboard box, which isn’t permanent or convenient to carry. There are hard and soft cases to buy, but those, as with many things in airsoft, apparently, are a bit expensive. So I decided to make my own hard case, which is essentially a wooden box with a lid – nothing fancy.

The hardest part in this whole project was to cut everything out straight and I didn’t have a buzz-saw, only an electric fretsaw and this isn’t ideal when cutting long, straight lines – had to do a lot of grinding afterwards.

After cutting all the sides out, I glued and put some nails into them, same with the bottom cover.

After that I wanted to paint them, and this is where my woodworking skills start to suck – I probably would of been better off using some kind of lacquer or paint from a bin, instead of spray paint, because it needed a lot of spray paint too. Also the sample paint color seemed like very dark gray, but in reality it was light gray…

And now all is left is to assemble both parts – add hinges, rubber stopper, handle, locks, rubber feet and a cool punisher decal (which I bought in white, because I thought paint would be dark gray…).

I used rubber door stopper (I think that’s how it’s called) to fill up gaps between bottom and top, added hinges and rubber feet

Then added a briefcase handle and case locks, which I had to buy from eBay, because to my surprise I couldn’t find any suitable ones locally.

All in all, it looks pretty darn nice. It alone weights around 1 kg, and with all the gear in it, it isn’t bad to carry and the price to make this was 40€ 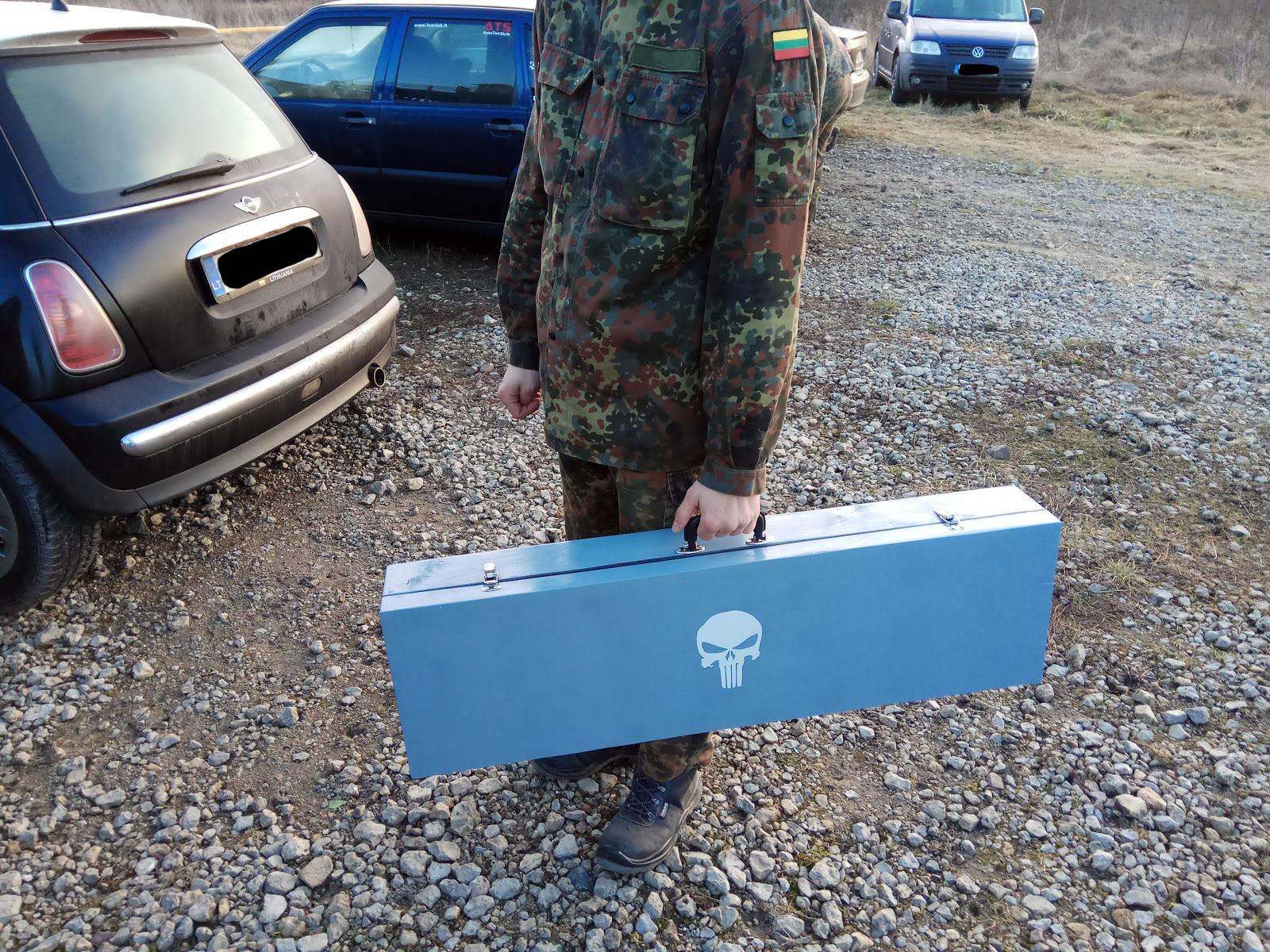