Greetings. This is another very old beast that I bought yesterday. Don’t know why I buy these old machine – I just like them, and the guy at the market where I bought it wanted to throw it out! I guess one man’s trash is another man’s treasure :D
This cost me 10LTL (4$).
As of now it doesn’t seem to have any system on it, because it doesn’t boot. I am going to try and install some DOS probably, seeing that it way too old to run X, but who knows :)
After doing an intensive research on this laptop, not much info could be found, although I was able to confirm the specs of it.

These are the systems that I might try to install to this beast:
http://distro.ibiblio.org/pub/linux/distributions/baslinux/
http://www.angelfire.com/linux/floorzat/2diskXwin.htm
http://www.freedos.org/
http://www.micheleandreoli.it/mulinux/
I’ll post an update once I am able to raise this thing from the somewhat-dead :P

And of course photos and video: 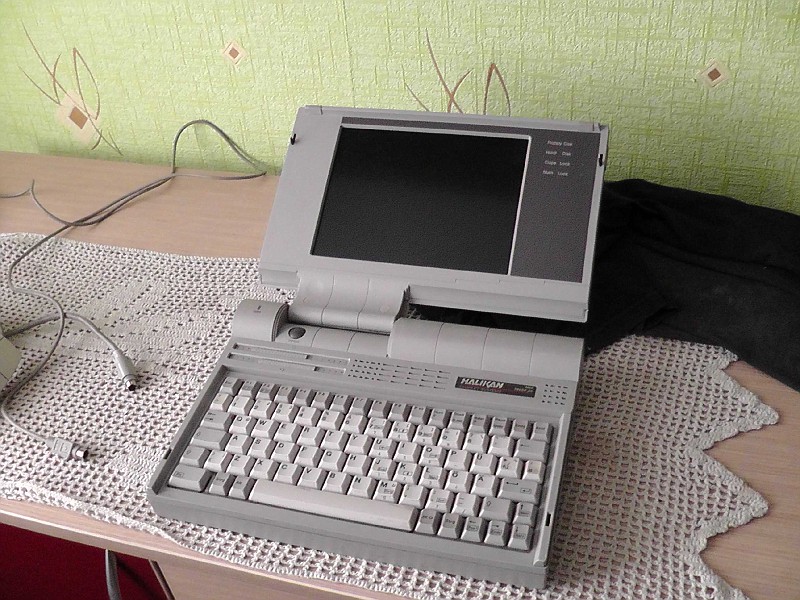 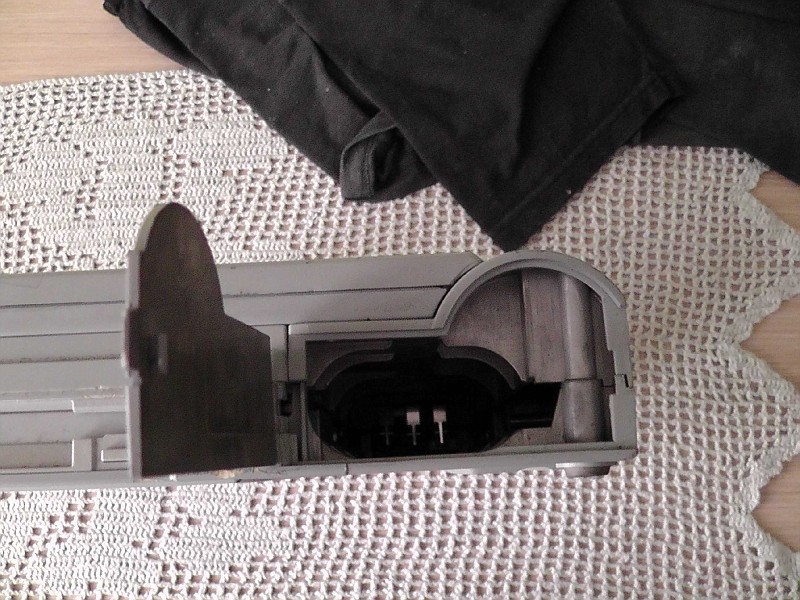 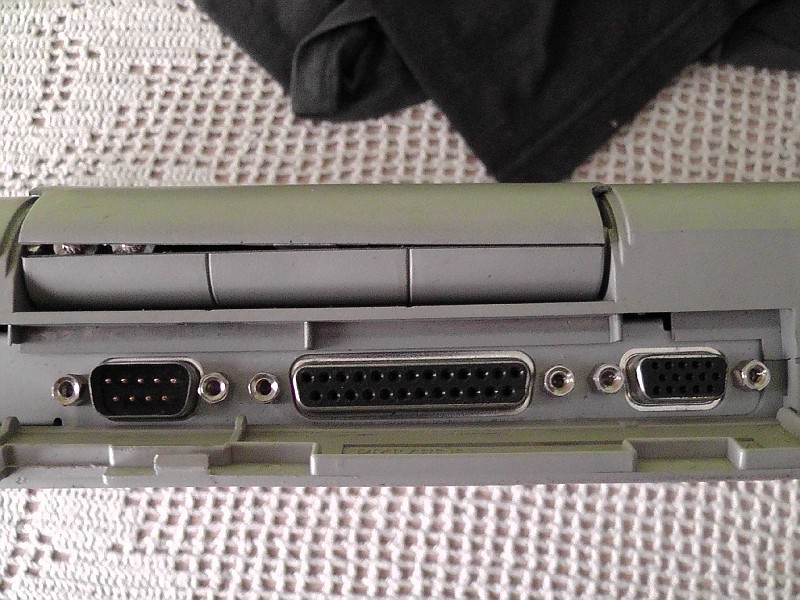 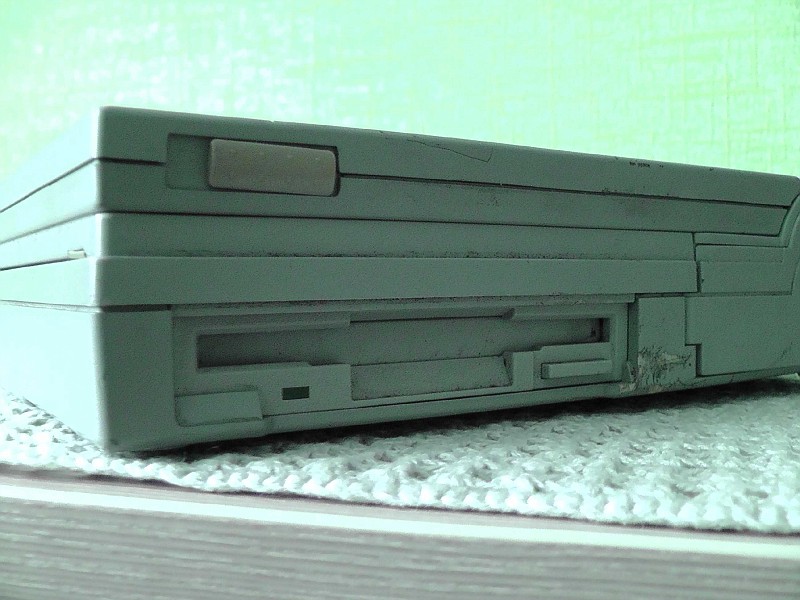 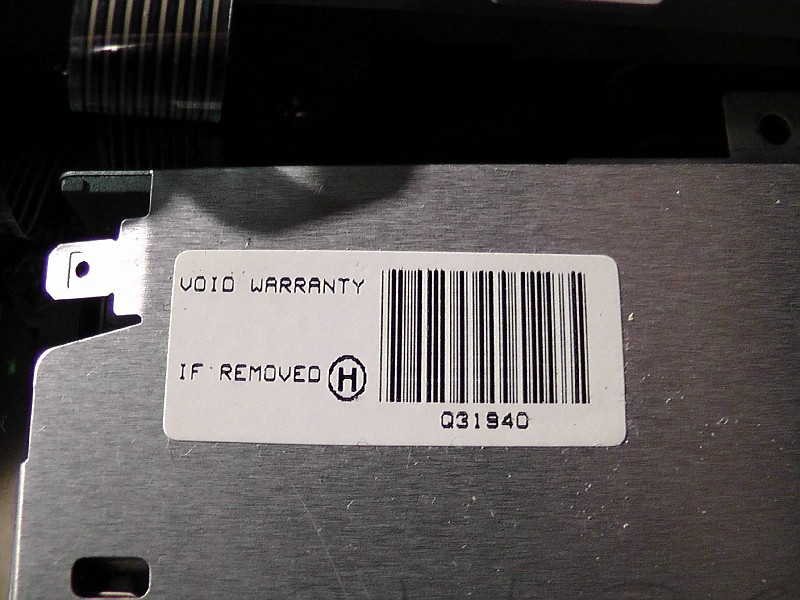 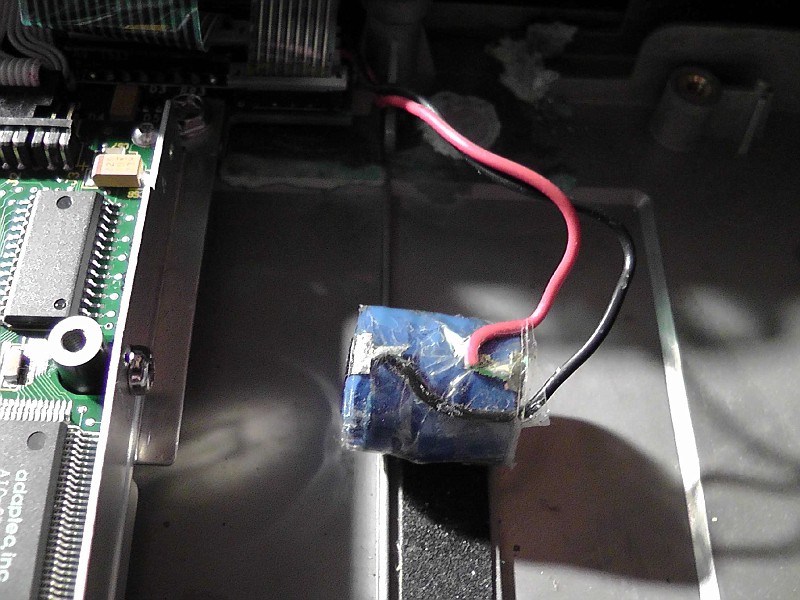 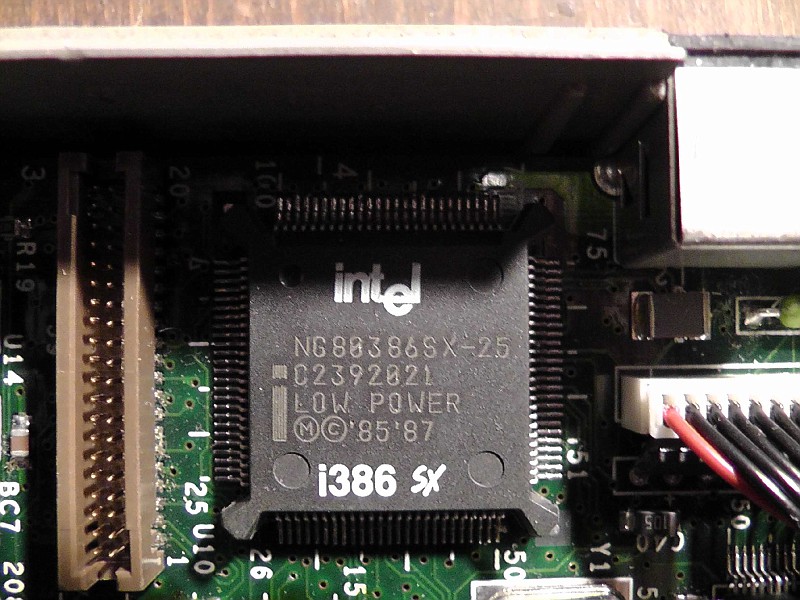 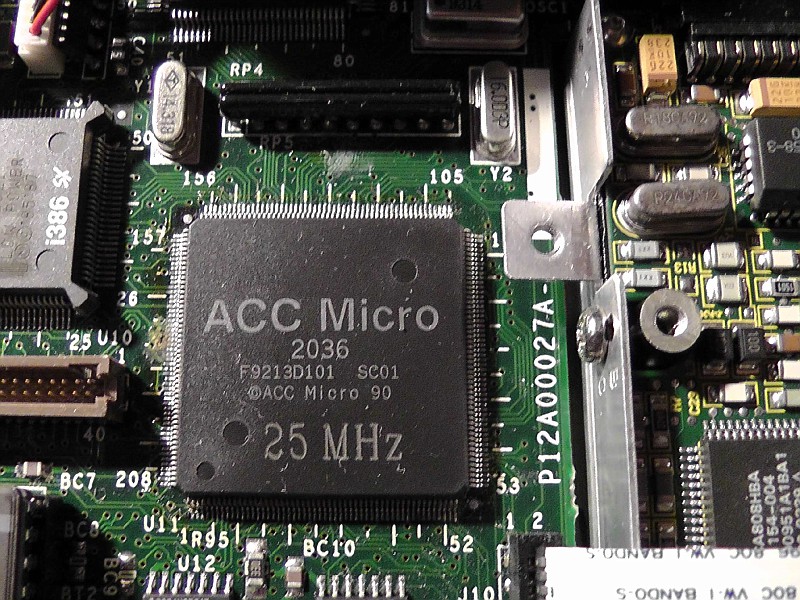 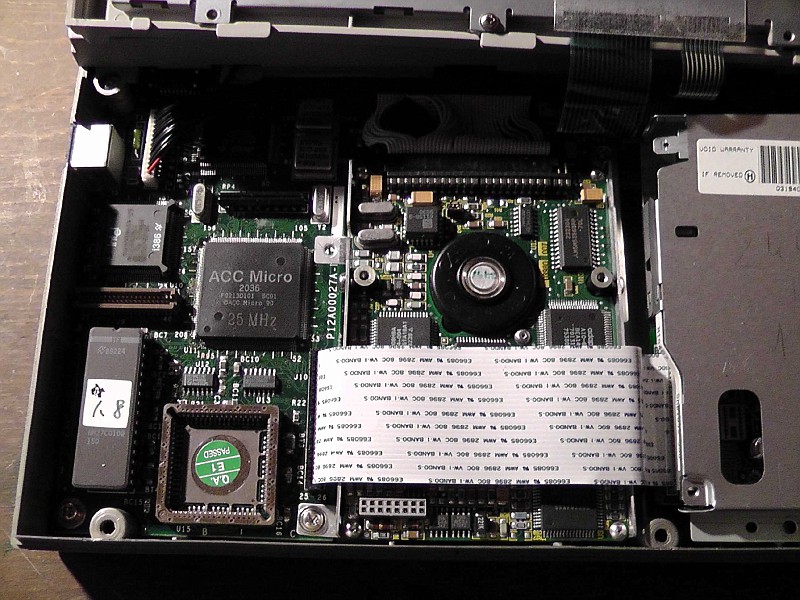 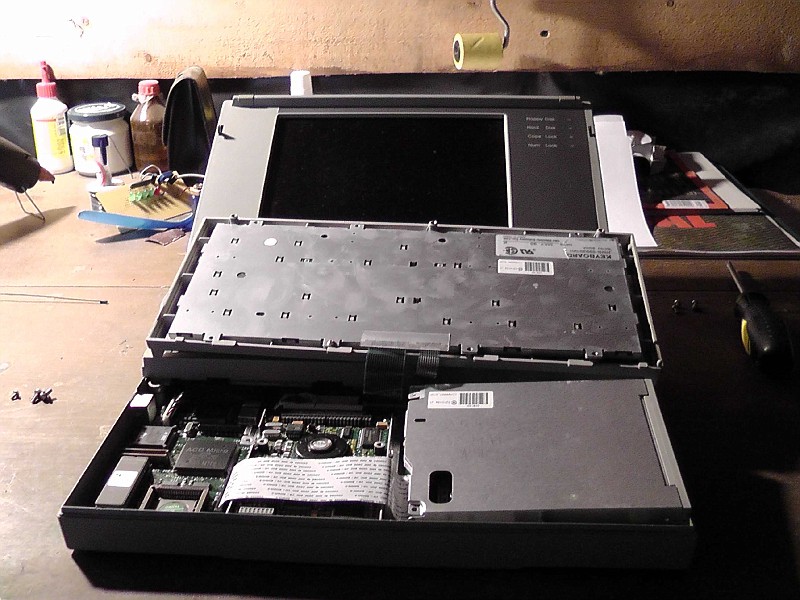 Adapter info on the bottom of it 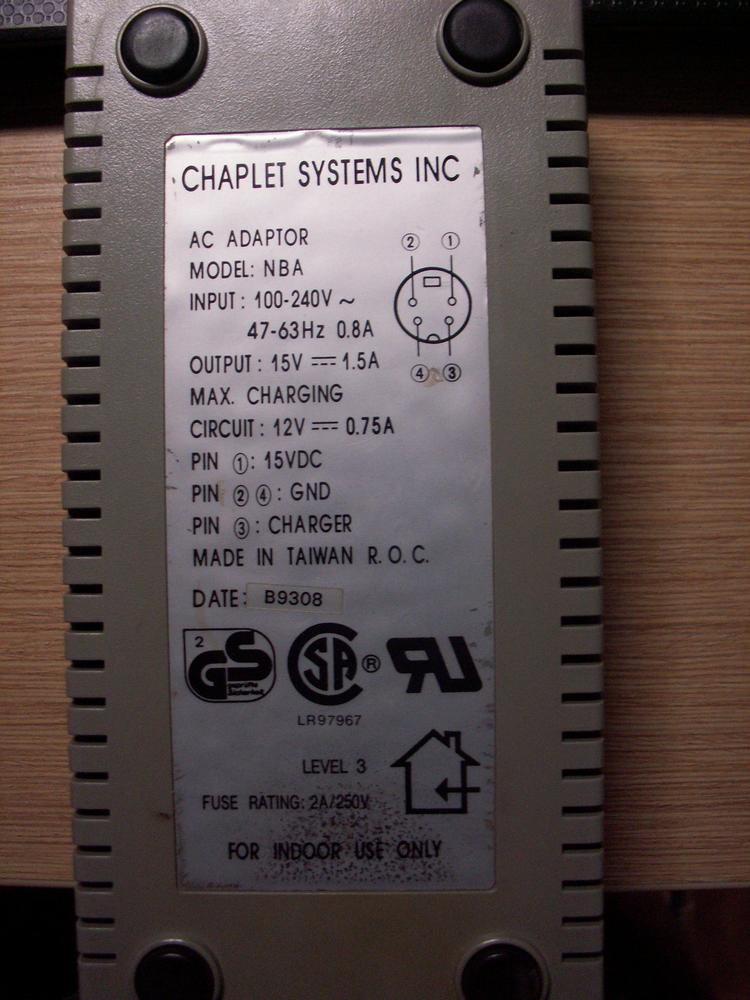 Hey!
have some oldshit like u
do u know how goto into bios?

It’s not old shit dude – it’s treasure…
Getting into BIOS kinda depends on the computer you have. Assuming you have a laptop, getting into BIOS is all the same – with a DEL key, but it might be little tricky if you have a German keyboard like this laptop. It took me some time to find the DEL key :D

But in general you can get into BIOS by hitting the DEL key :P

Hello,
I have that very same computer. I was wondering if you knew where I could find an AC adapter for it? Mine doesn’t have one. If not, could you please fine out what the Volts of each pin in the plug so I can power it up? Thank you!

I am not quite sure myself where to get an AC adapter for it. All the parts for such systems are very hard to find. I also need a new hard-drive for this machine as the one that was in it when I bought it, was completely magnetized. Maybe you know where I could get a new hard-drive for it?

Oh the voltages. Luckily I didn’t have to measure it myself :D On the adapter it says everything, check the picture here:

Thank you very much! That really helps! I should be able to rig something up to power this on. I’m sorry but I don’t know where you would get a hard drive for it. I would try to hook up a regular IDE hard drive or a laptop one. Try to figure out what each wire is that goes to the Hard drive and see if you can map it to a IDE.

how much is it worth

It’s not worth anything in terms of money, however to some people (like myself) it has a big sentimental value.

do you want mine

First I’d like to know what kind of device? :)