Well well well… it’s been so long since I wrote my last progress update. But never the less, here’s another one. A lot of things have changed, but I don’t feel like writing lots of text today so I’ll keep this one short with pictures in the end :)

So, basically what changed is that I bought a new engine for it. Wasn’t cheap but it was totally worth it. This engine is completely restored, as if it was brand new. Works great, runs great. 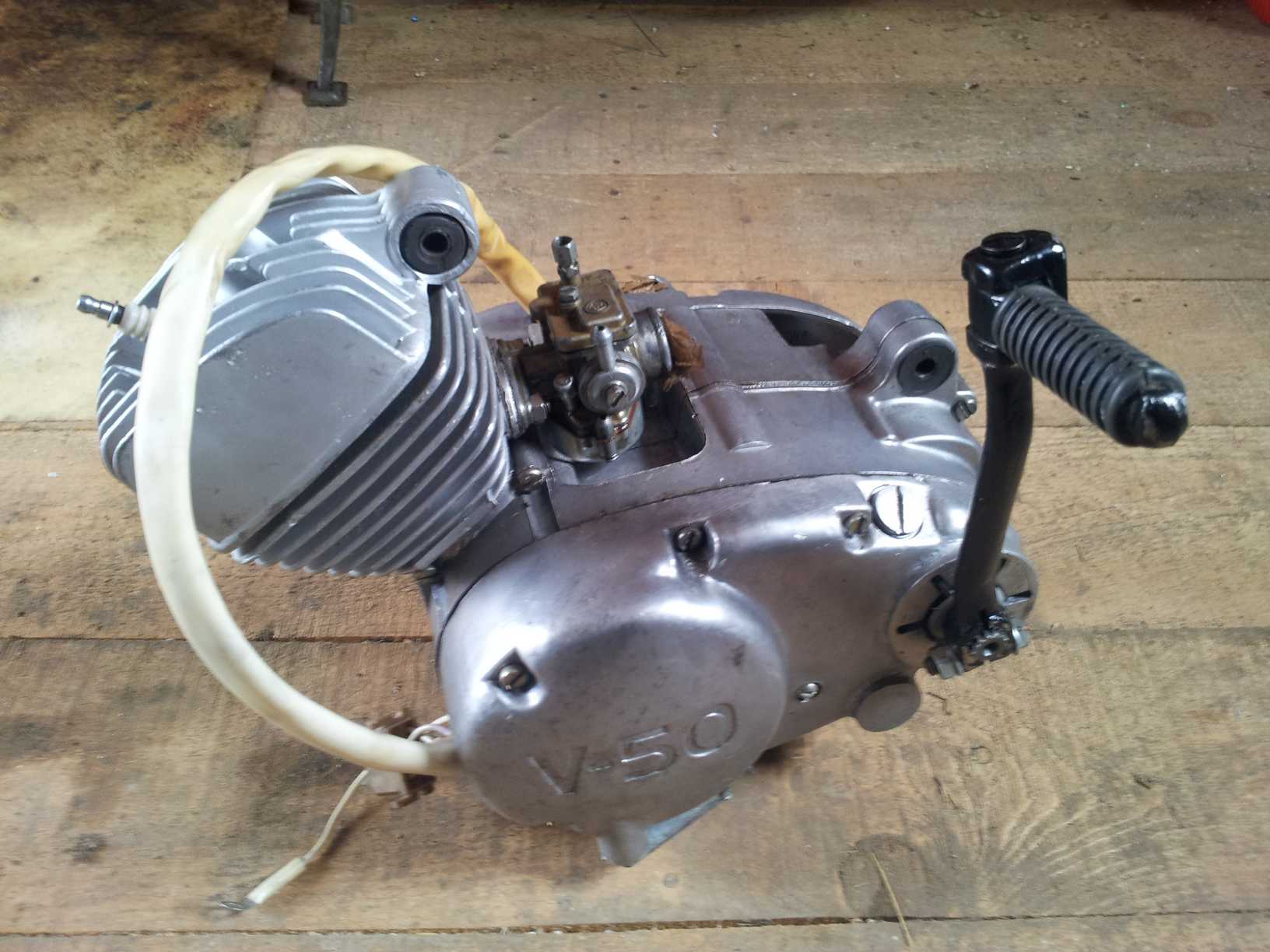 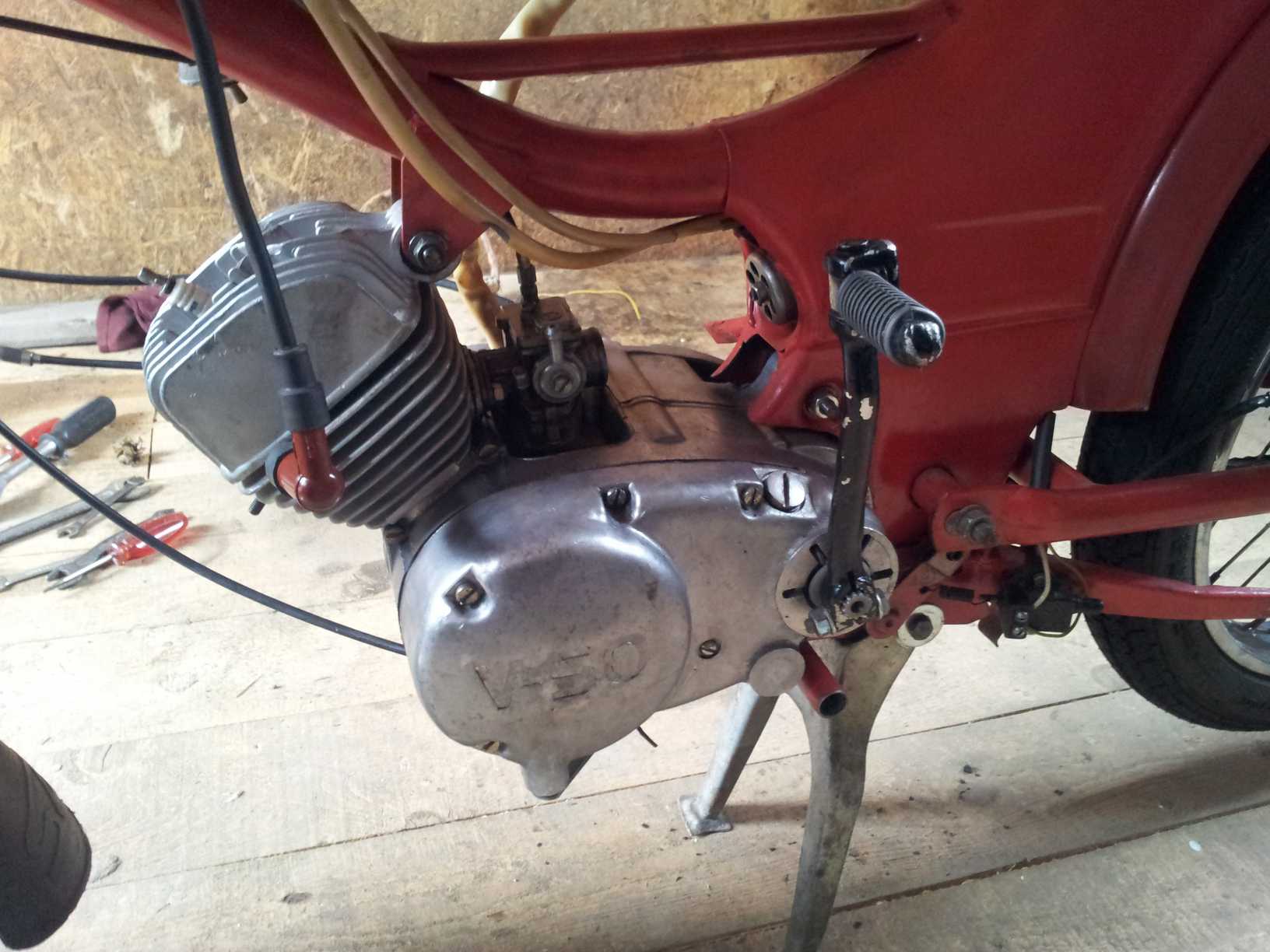 Along with the new engine I bought an electricity router too, but I feel like I didn’t have to, because the old one works even better than the new one… I can’t say for sure but I think it is because I noticed when kick-starting the engine up. 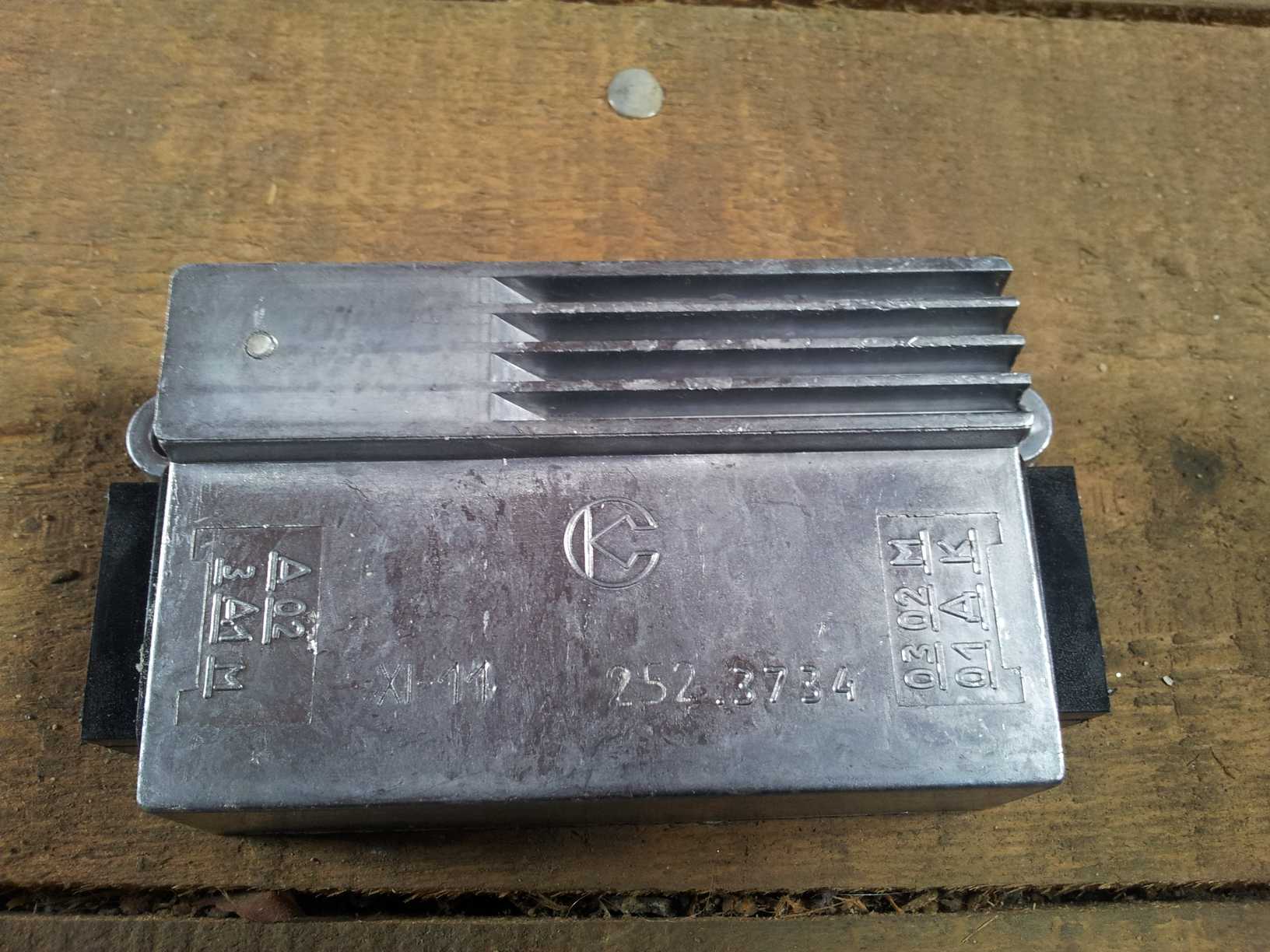 Already took it for a spin few times, runs like a wind :D all it needs now is some tweaks here and there and electricity wired up. Now there is just wire ends dangling… although the horn works :D 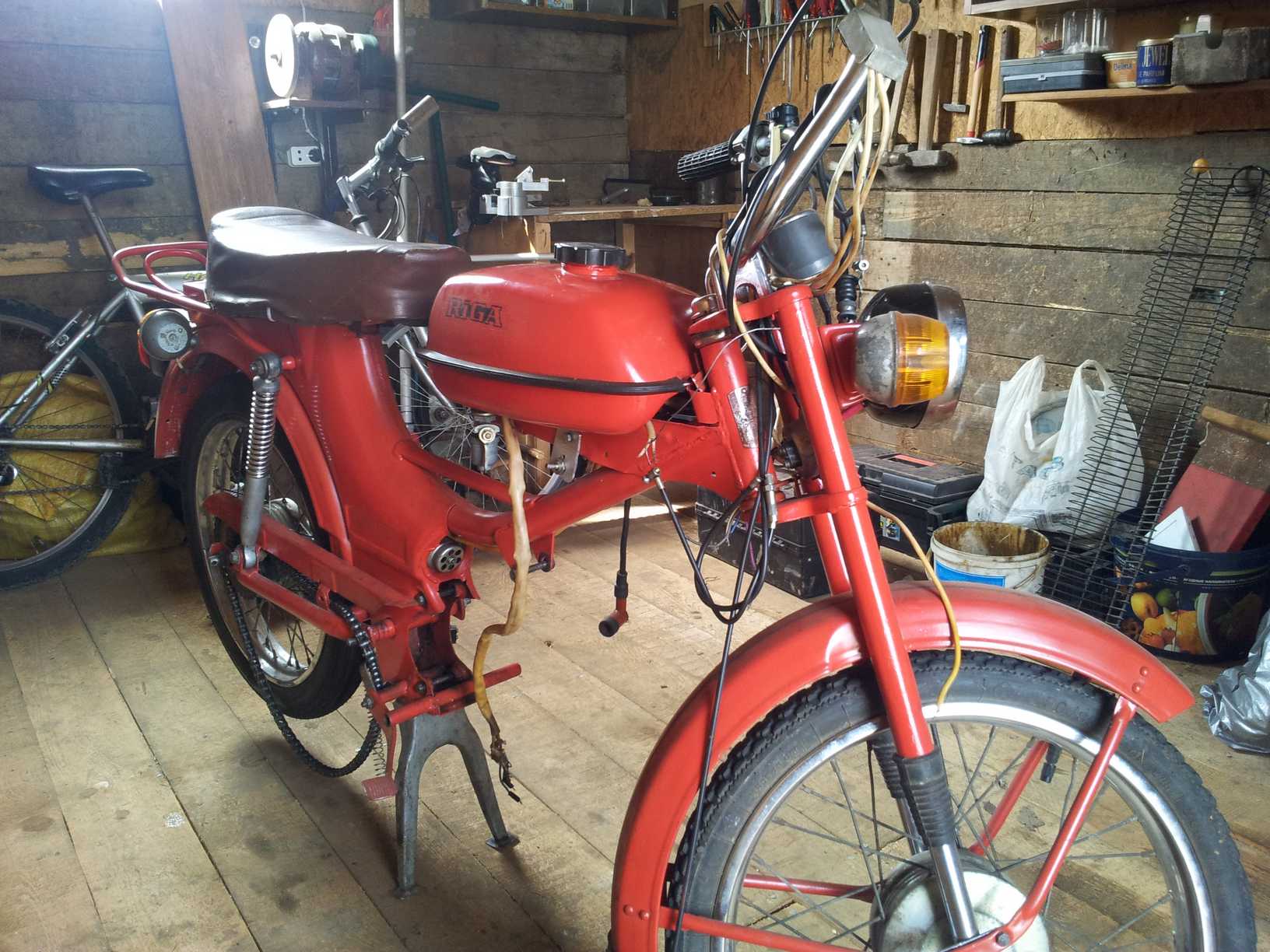 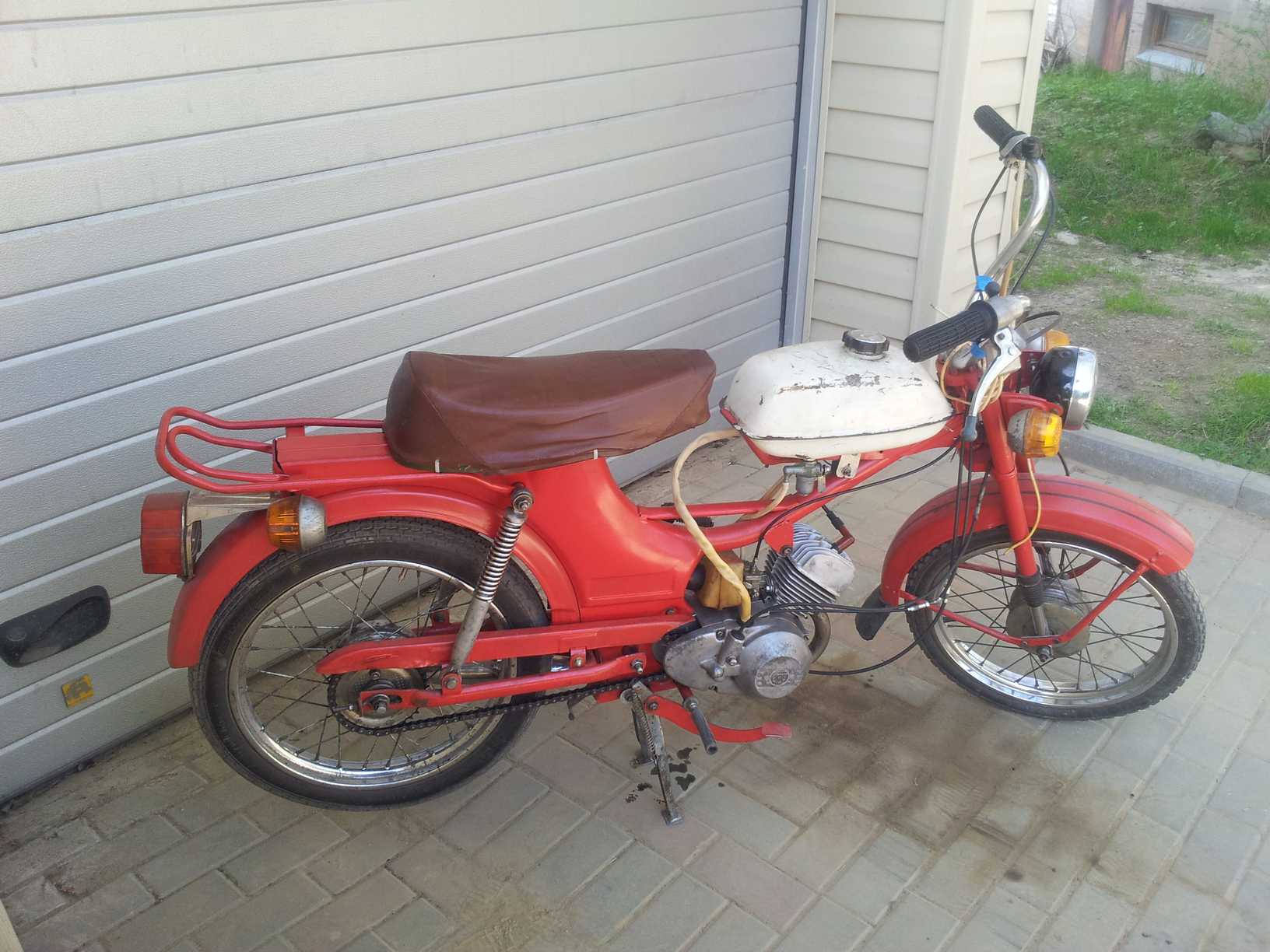 Dude, next time use youtube’s . Also Zip’ing an mp4 :D
Your moped needs 2 things:
Intake turbo and tailpipe turbo. Would run like Hayabusa in no time :D

P.S. You did not paint fuel tank yet?

Yeah I suppose I should have uploaded it to youtube :P I zipped the file because evilzone upload does not allow MP4 files.
I’ll keep that in mind about turbo’s and whatnot :D

That fuel tank is not yet painted, because I am using the one from motorized bike which was white in color. Red one has rusted away completely and it isn’t usable again, while this one is sparkly clean. I have plans to make it out of glass fiber… maybe one day.

How many horses does that engine kick out? :D

Not much I guess. The engine is 50cc though, I have no idea how many horsepower it kicks out xD