I know I said that next time I’ll write about this will be when the electronics are working – but electronics are not working… well partially.
Felt like posting a progress update because some complications came up.

Yesterday we spent about 4 hours diagnosing a problem why doesn’t the engine start!? We ruled out every possible cause and at the end figured that the spark is too weak to ignite the gas and start the engine, because with ether sprayed into the chamber it would start for few seconds, and a cause of that was my faulty wiring… seems that I made a short circuit by connecting the wrong wires! By disconnecting the wires, ignition spark was very good and it started!

Only thing that works with my wiring is the sound signal which is loud :D

So about those problems, well first the chair broke, my fix wasn’t enough for it… gonna have to figure something else.
Then we noticed that the front wheel’s bearing is all worn out and there’s nothing in there, so the wheel would spin by grinding metal to metal… I noticed it in time that something was wrong and was about to put new bearing onto my shopping list, but then when working in the yard I noticed a big pile of junk, located at the end of back yard. I took a look and oh god – there was a whole heap of moped parts, new and used, 4 a bit used soviet moped tires, 4 or 5 half-full oil canisters, 2 half-full gas canisters… if only grandpa had remembered it BEFORE I started fixing this thing, I would have saved half of the money I spent…
Anyway, there I found almost new rim, so I brushed off the rust and it was good to go, with all the bearings and stuff – no metal grinding, also I used another tire. Taking off or putting on those new ones are a bitch because they don’t fit the rim correctly and wobble all the time, plus it’s very hard to put it on/take if off.
Another problem is that the engine is leaking oil from… well almost everywhere. Improvised rubber that goes-between engine parts to stop it from leaking… I thought that putting heat-resistant sealant would be enough but I was wrong. I’ll have to buy real ones and replace all of them… I hate repairing the engine, it’s NASTY.
Other problem is that I will have to re-think everything with electronics…

I think that’s it with problems. A little step back but it’s no big deal, gonna have to go to the market on Sunday, buy some parts. Might also check the pile of parts that I found, maybe there’s something in it that I could use.

As usual few photos for you. I don’t know if you can see anything in the last picture but I wanted to show how does the inside of the front wheel looks like :P 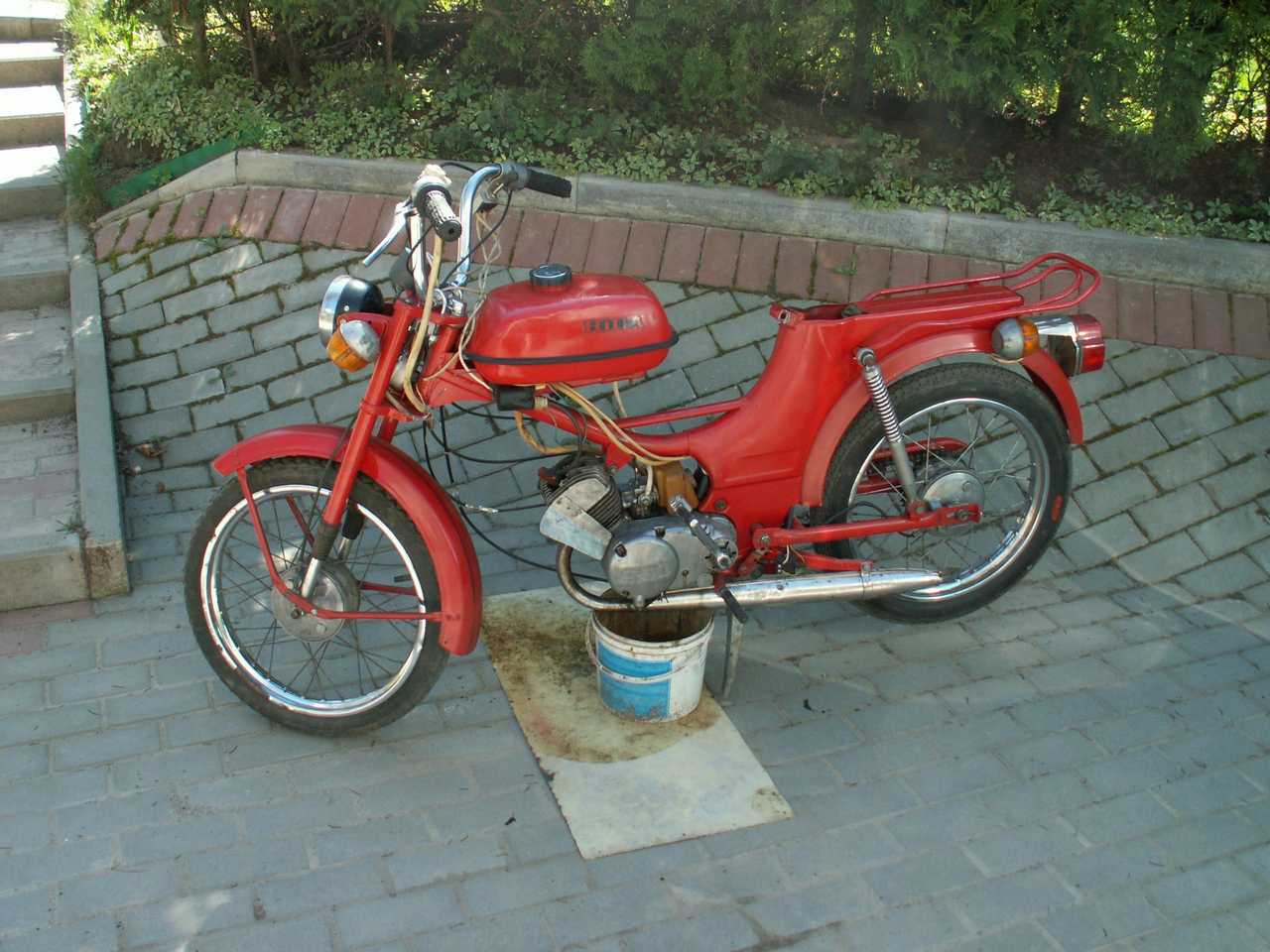 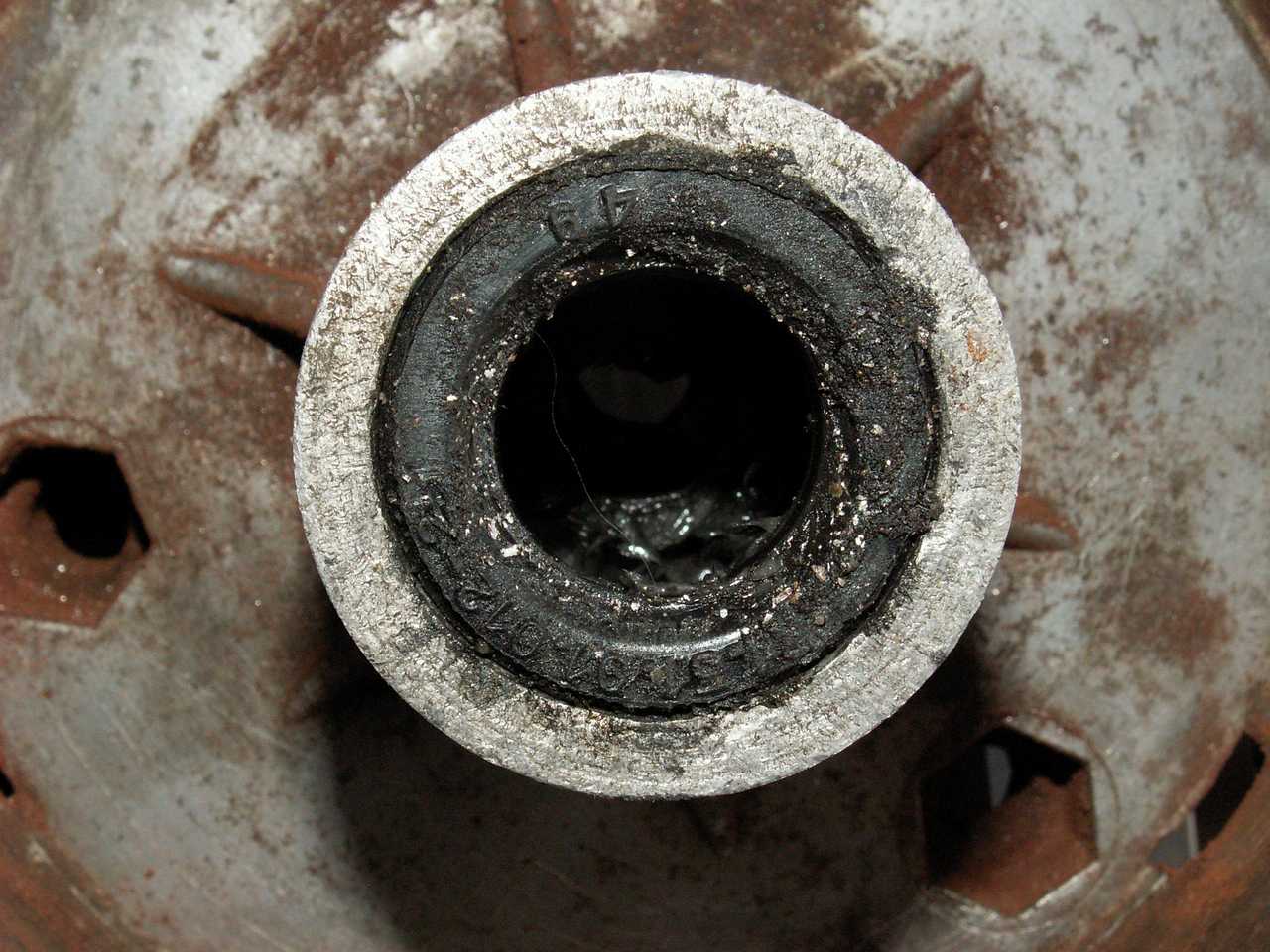 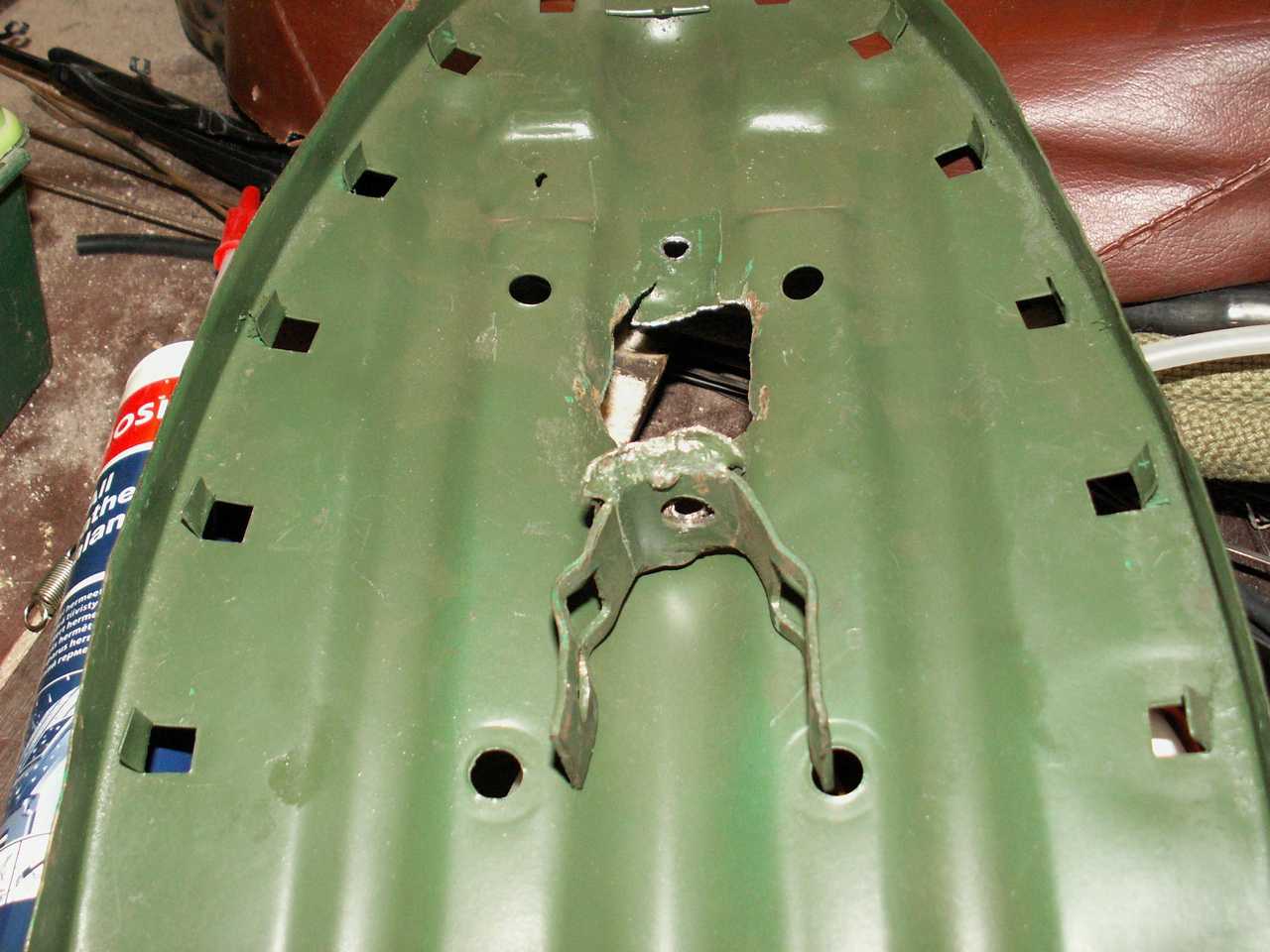