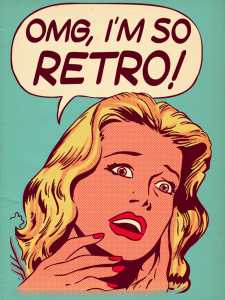 OHai! Like 2 days ago I received the IDE/SATA adapter that I waited for so long because of all those delays and shit from Dealextreme, but I got it eventually. Now I could have bought it in my country and get it in 2 days but hell, that thing costs 3 times as much as I paid now. Maybe the quality is better, but whatever.

So before I took out my retro computers I tested the cable on spare HDD’s that I had laying in my drawer. Thought I’d see what’s on them and maybe I could recover some stuff as well. I had 2 hdd’s and it turned out that only 1 was working good, but it had few bad sectors, tho good enough to operate.
One was 2GB in size and only got crazy hot after a minute or 2, but didn’t even spin…
Other one was fucked beyond operational. It was spinning but reading anything on it was crazy because of the speeds. Sector test shown it was fucked :P
Last HDD was the best out of 3, tho it was wiped clean, so no interesting data…

So when I tested the adapter it was time for my old laptops that I wrote about earlier here and here.

First was the Halikan one because it was a much older machine. Sadly I didn’t go very far with it. The HDD was fucked as I suspected since I bought it, so I’ll need a replacement from somewhere. I didn’t have to do the sector check to know it was magnetized or something, but I still did it just to be sure…

It shows as 2TB but the HDD was really 85MB :P somehow it detected the wrong size…
So this is where I stopped with Halikan machine. I’ll continue when I get a replacement HDD for it.

Next up was Compaq machine. I knew it will be working, sector check reported no bad sectors, so the HDD was still in a very good shape even after all these years!
I did a scan to see if I can recover any juicy documents or pictures or anything, but didn’t get much good out of that as well. I recovered some templates for MSWORD and some CV’s, all in German. If you’re interested you can download them here.

After I played a bit with recovery software, I proceeded onto making the machine usable. Now to do this I already had a plan.
This machine is powerful enough to run Windows95, but I didn’t want that. Maybe some time in the future, but for now I installed FreeDOS.
FreeDOS is working great and it’s damn fast even on that old technology. But I had some problems installing FreeDOS.

Since I used the adapter, in windows it was read as an external HDD. VirtualBOX didn’t help me a lot, because I thought I would launch FreeDOS in it and install FreeDOS to the HDD from VirtualBOX, but that didn’t work because FreeDOS can’t detect any external HDD’s during the setup.
Ok I thought, didn’t panic yet because there was one more thing to test – UNetBootIn. The best software for installing Linux or any system (really) on a flash drive and I’ve been using it for a loooong time.
So I downloaded the latest version and ran. To my disappointment it did not detect my external HDD. Even tho they say on their page that it can install to a HDD, it only detected my main HDD’s C drive, since I ran it on windows…. that is where I panicked because I didn’t have any more ideas. But then I remembered there is a Linux version for UNetBootIn available, and I remembered how does Linux detect devices over USB, regardless if it’s a flash or an external HDD, so I booted up Ubuntu – my main OS and tried there. To my joy it did detect my external HDD and I was able to install the latest version 1.1 of FreeDOS.

When I put into the computer it didn’t work for shit – said something about kernel being corrupt and didn’t boot.
So I went with the older 1.0 version and that worked great. FreeDOS was installed and booting.

After it was working I did a few tweaks and transfered 2 GUI’s – OpenGem 6 which is recommended on FreeDOS website and can be downloaded here, but it looks really really “bald”, so I tried another GUI that I had found – DOS Start! but it works really really slow on that machine. I left there anyway.

Apart from making the system have a GUI I picked few classical DOS games to show this machine off if I have to. I also made a Batch game selection script so that it is more convenient to use. You can download the whole pack, there’s a game in there called Nibbler, which is basically SNAKE but in QBasic, which I modified for convenience, because the original code was a bit messy. Download here.
I thought of making a nice game selection menu with TurboPascal and BGI graphics but it was too much work and that batch one was working good enough.

A friend on IRC suggested to put LCARS24 on it too. If you don’t know what LCARS is then you don’t know StarTrek :D read about it here. Sadly LCARS24 doesn’t run for me… probably the machine is too slow… or it needs Windows95 (might install that later if I really have to).

Watch this video to see how it works:

That looks pretty cool, I will have to fire up the lcars I have running on my old machine and take a video of it….it was a trick to get ti working….but once I did, it worked great.

Thanks, I’d like to see it working :) Could you tell me what was it that you got it working?

Quite the project. Looking forward to a part 2 and also that LCARS deal! (yup, Star Trek fan here.)

Nice work. DealExtreme is awesome, you should check out the pci error cards h**p://www.dealextreme.com/p/pc-motherboard-repair-troubleshoot-boot-failure-diagnostic-pci-card-21997

I really need to buy one of those ;-)

So far I didn’t have to use that thing :P doesn’t seem very useful to a guy that doesn’t work repairing computer hardware.

Hey, man, congratulations for your blog.
At first, sorry for my bad English. I recently received an old Contura 420C (a gift from my uncle), and I need some base software for it, like drivers and so. Do you know any good source where I can download?
Thanks in advance.

Nice gift from your uncle :D can you show some pictures of it?