Oh boy it’s been a long time since I last posted such an update. I usually work on it when I have the time.
It turned out that the new power router and stabilizer was shit. The one I bought and was said that it is new and works, was actually not so good. It worked, yes, but barely. I didn’t know at that time and didn’t consider it to be a problem, because it was new and all. After many months of pushing it around and just trying to pinpoint the no so obvious problem, I finally gave up and brought it to the market where I buy parts from. Dudes there took a look at it and fixed the same day. They changed the stabilizer and a carburetor, now it seems to work as it should. Always starts and doesn’t need much effort to even ride it.

Now that it was starting and running properly I proceeded to finish the electronics. Found better schematics and done it all finally.
Schematics I used were these: 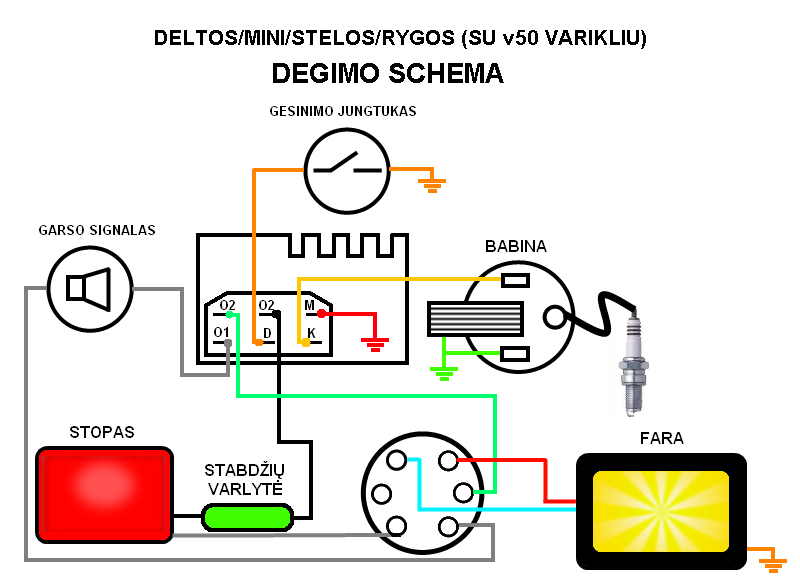 I have also made the turn signals light up, seems to work ok, 6v is enough for the headlight and a turn signal. If both are lit, then the sound barely works :P

So… future plans? well I gotta make those turn signals blink. I bought a 6v blinker from an antique 6v motorcycle, thought it should work, but hell to the no. Actually it needs more power than my generator can deliver. Sad indeed. So for the blinker I’ll need to make my own, lower power blinker and hope it works :)

The gas tank will have to be painted white, and in the very far future I might make it from glass fiber if this one gets really rusty inside.

That is pretty much it, we’ll see in the future. Here are some pictures: 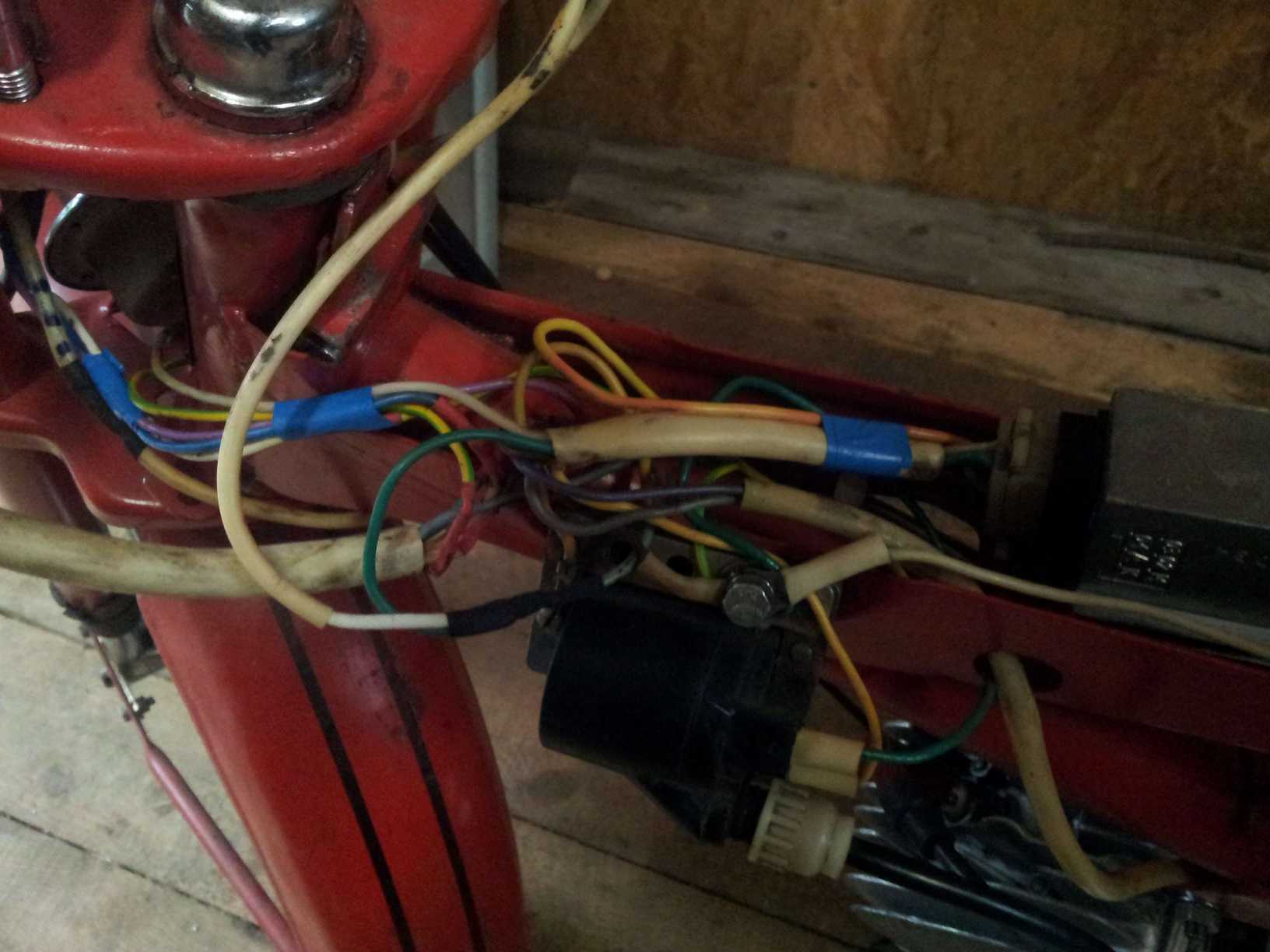 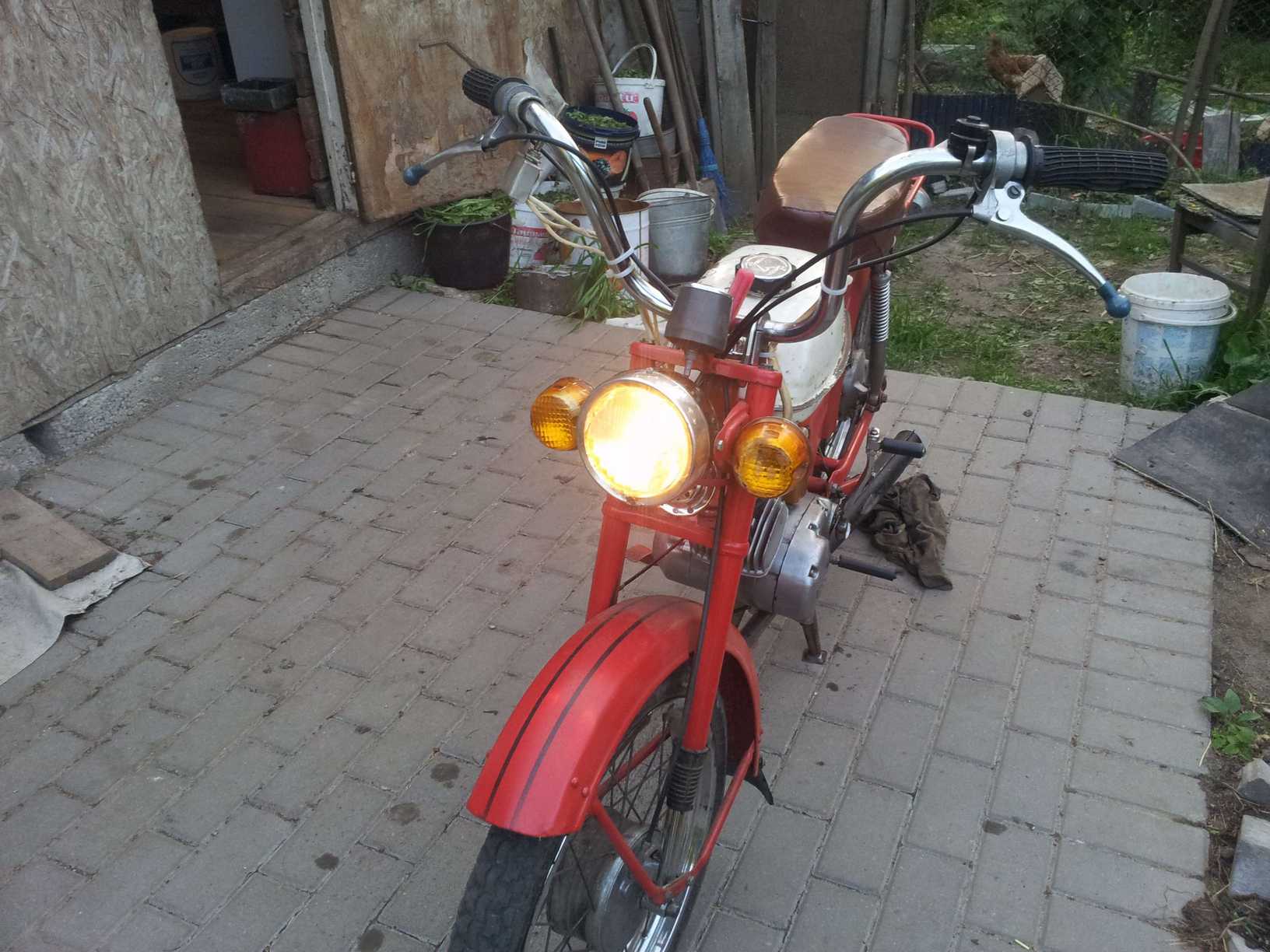 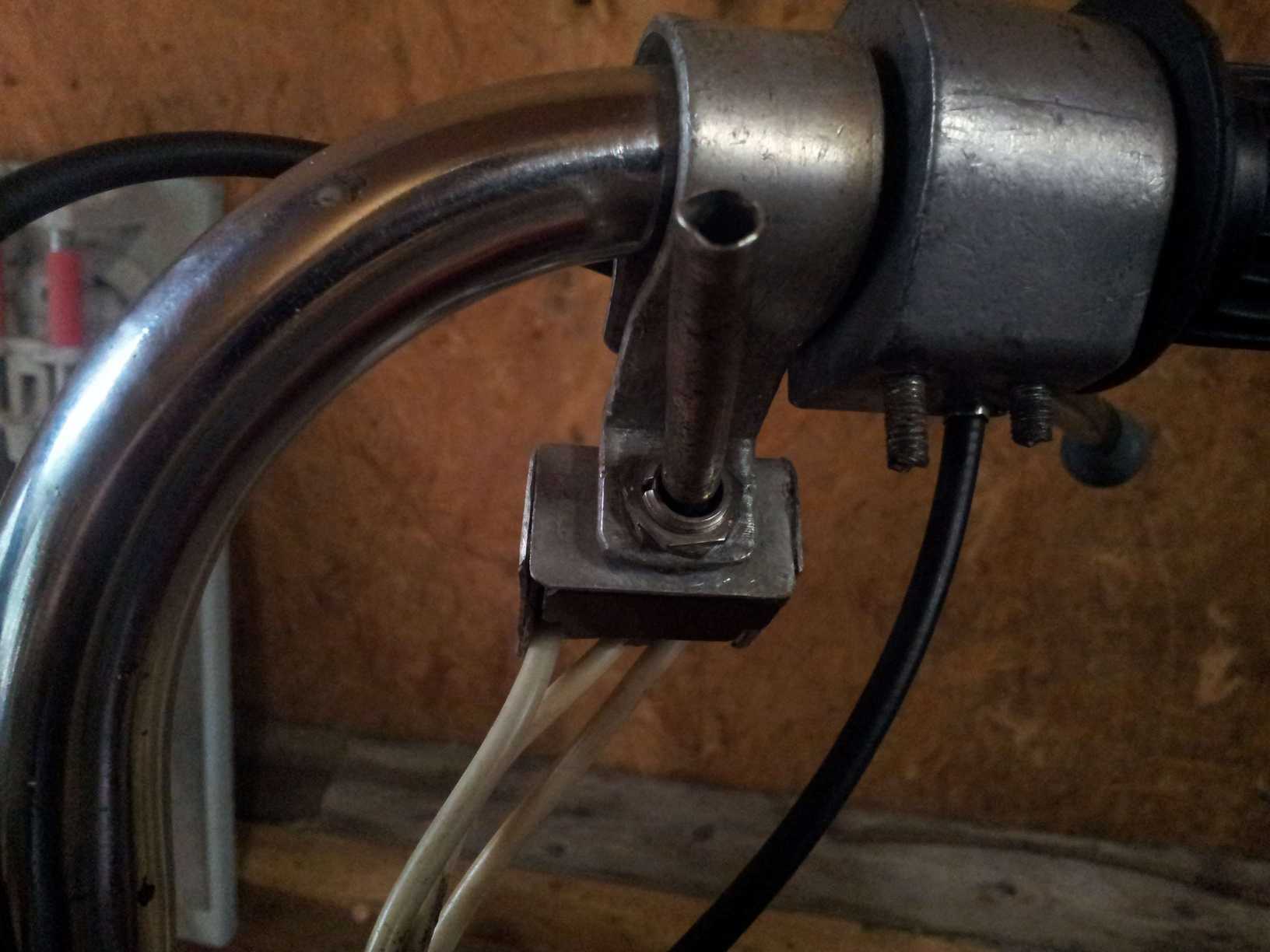 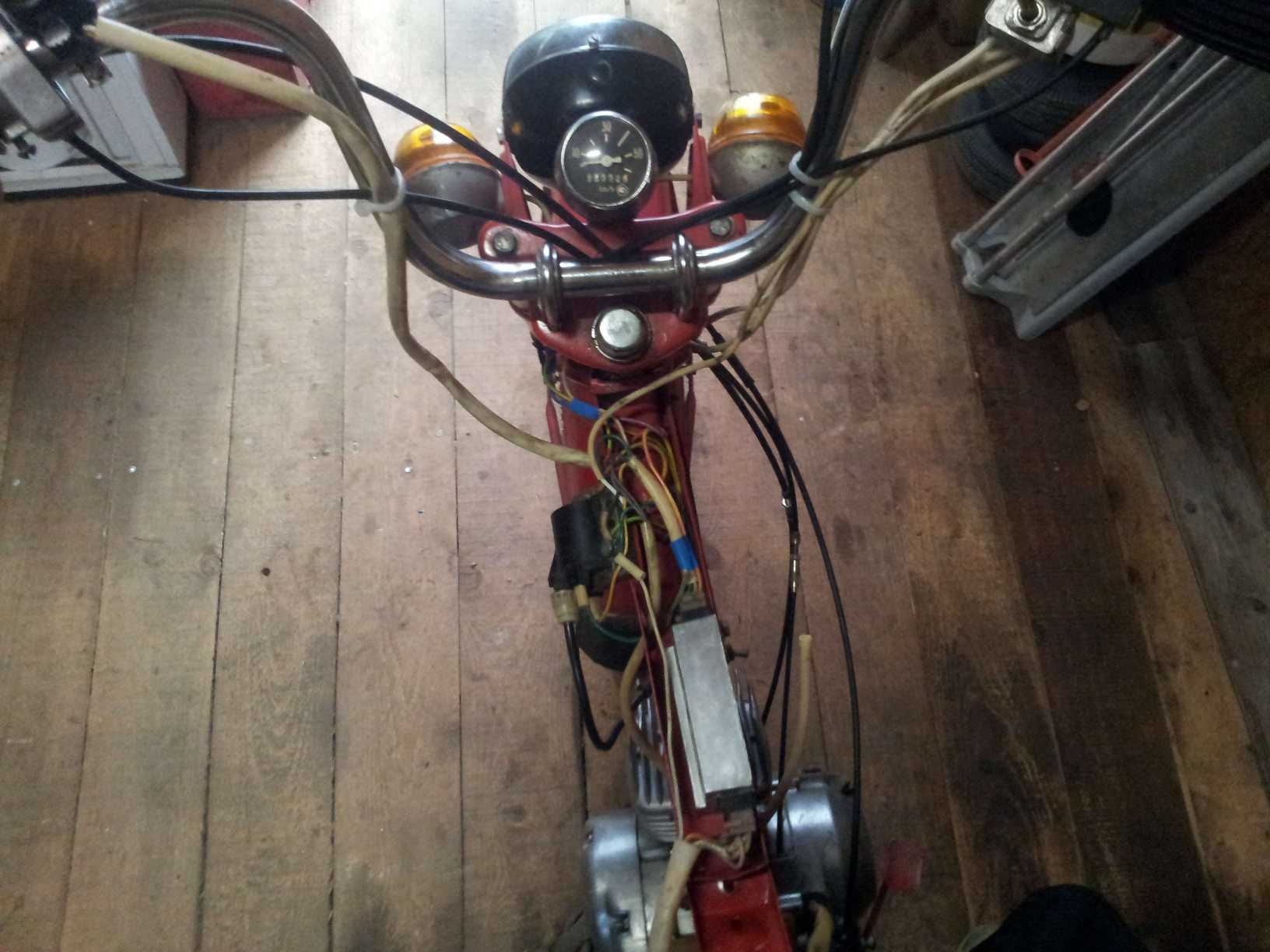 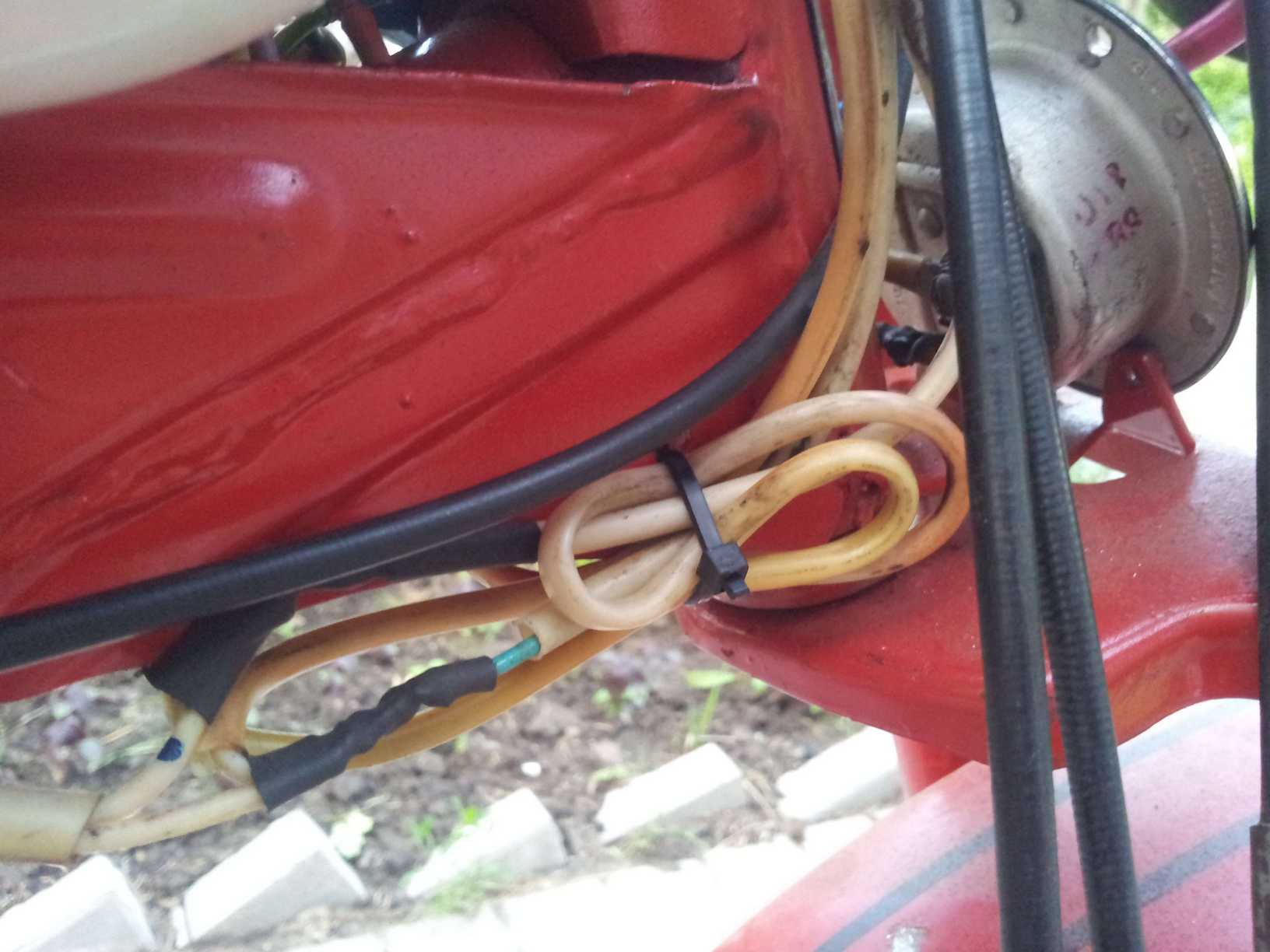 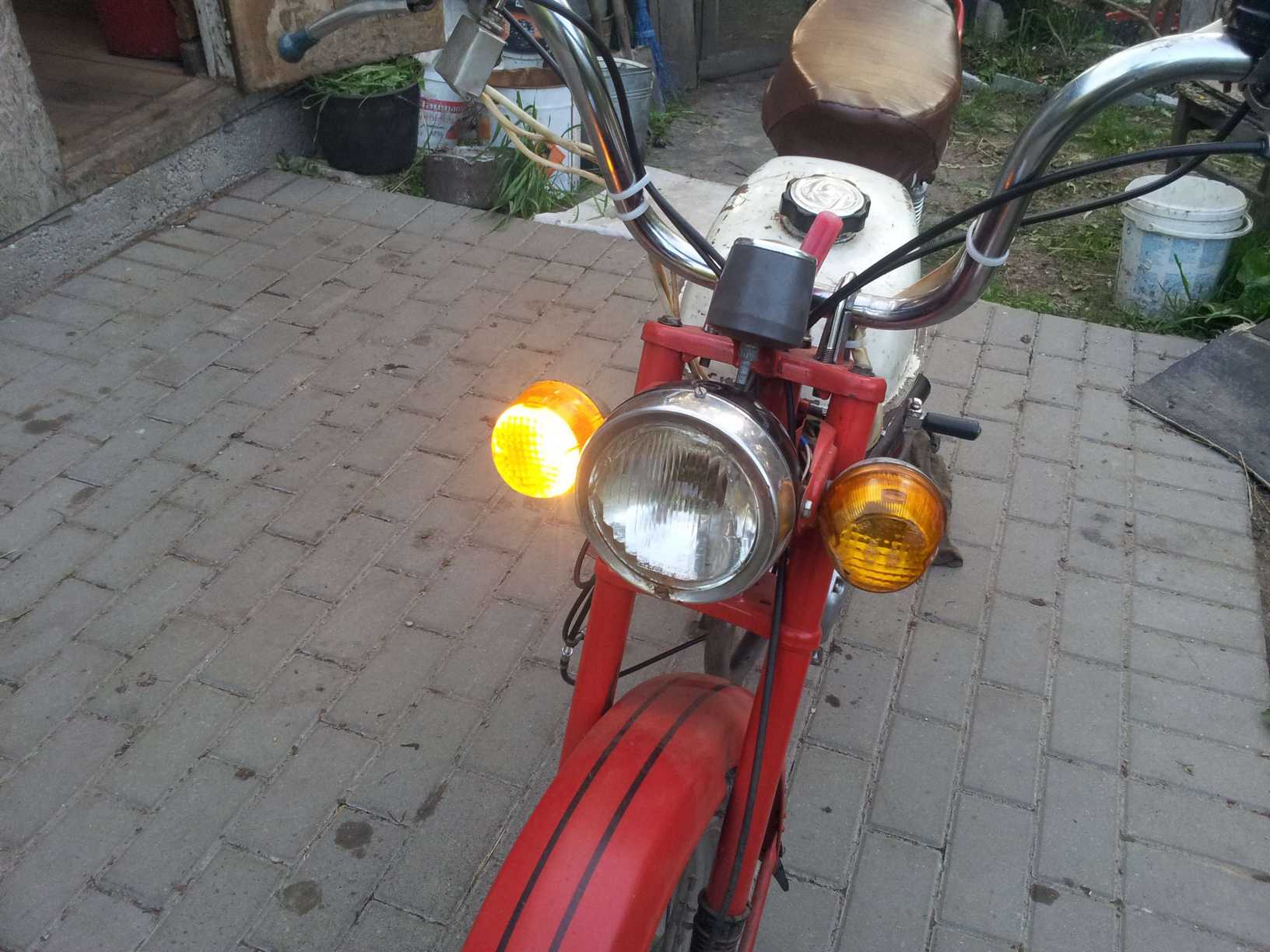 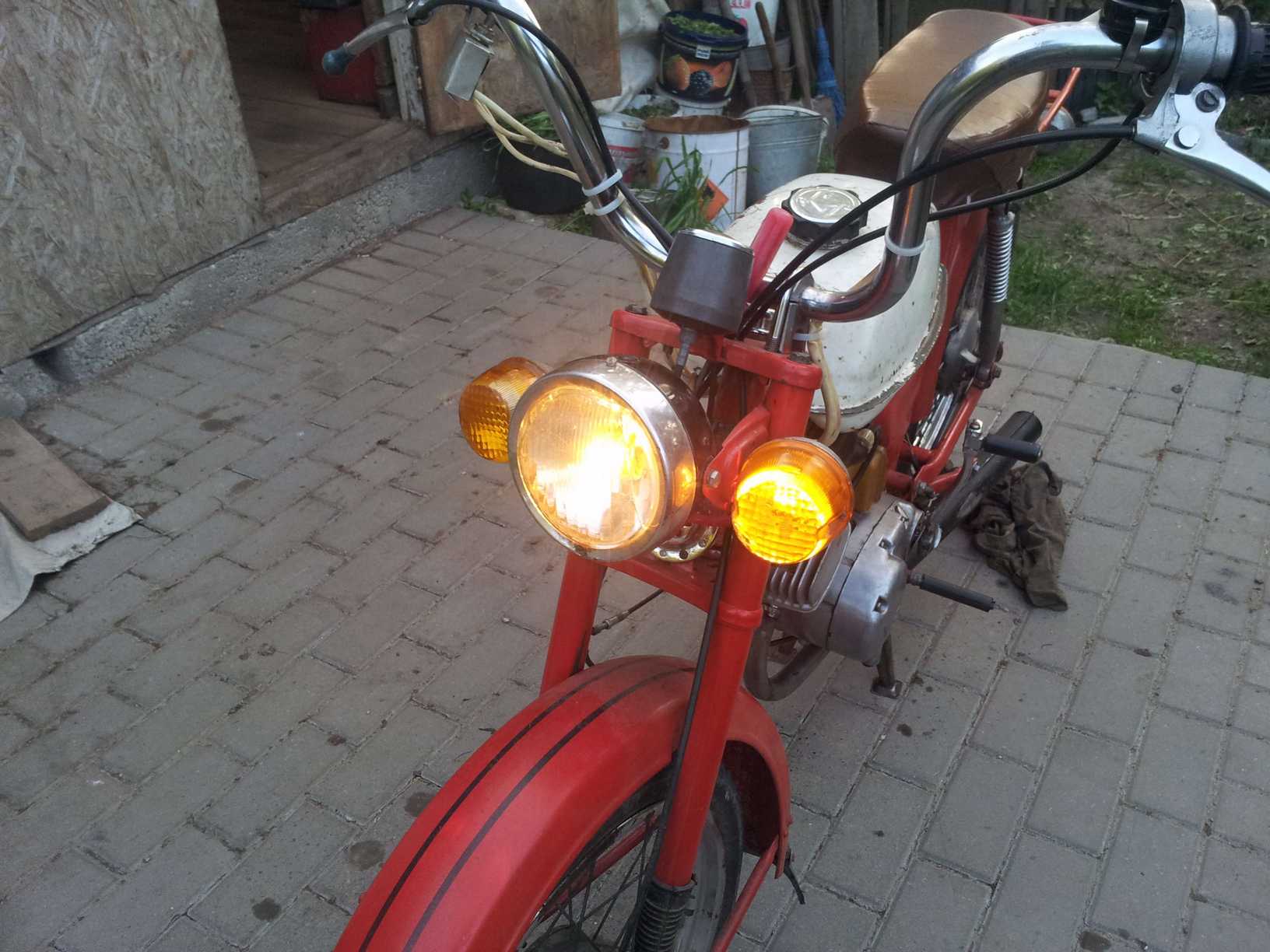 Bonus material, a video of the light test: